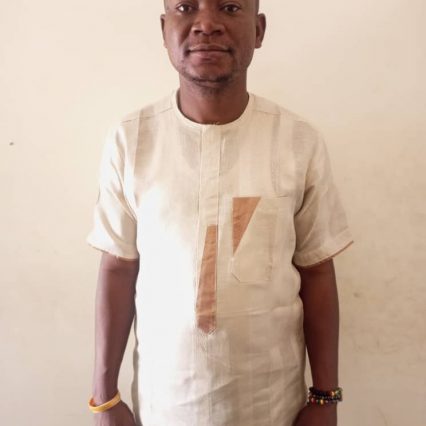 He currently sits as the Youth and grassroots mobilizer for Yiaga Africa in Nasarawa state and as the state focal person for SAGE(Supporting advancement of gender equality)- a project being funded by UN women and the National Democratic Institute (NDI).

He had his primary school education at LGEA primary school Bukan-Sidi, Lafia between 1992-1997 where he obtained his FSLC and proceeded to Aveco Model College Makurdi between 1997-2002 for his Secondary school education. In his quest for knowledge, he proceeded to the Federal University of Agriculture Makurdi where he obtained his B.Sc degree in Industrial Physics. In 2013, he enrolled for a post-graduate diploma in Education with the National Teacher’s Institute and obtained the certificate in 2014.

He is perceived as a girls right activist and a lover of true democracy judging by his works.